Starring
Production Company BBC Productions
Broadcaster BBC1
See the Full Version of this Work
An adaptation of David Walliams' best-selling children’s novel which tells the story of Ben, a schoolboy who discovers his grandmother, played by Julia McKenzie, has a criminal past.

Instead of the usual night of Scrabble and cabbage soup, they make plans to pull off one of history's greatest ever heists: stealing the crown jewels from under the nose of the Queen, played by Joanna Lumley.
Media
Reviews
The BBC dominated Boxing Day with Gangsta Granny, the TV adaptation of David Walliams' children's book, pulling 5.8 million and a 26.6% share between 6.05pm and 7.15pm. Mark Sweney
The Guardian
Boxing Day TV review<br /> <br />
Boxing Day’s other big treat was an adaptation of another popular book from 2011, David Walliams’s novel for children Gangsta Granny. Ellen E Jones
The Independent Full Review
there are moments of real humour... and it’s surprisingly poignant Debra Waters
Time Out
Gangsta Granny delivered exactly what you’d expect from a Christmas family programme: funny, heart-warming and rollicking drama. Patrick Sproull
Den of Geek 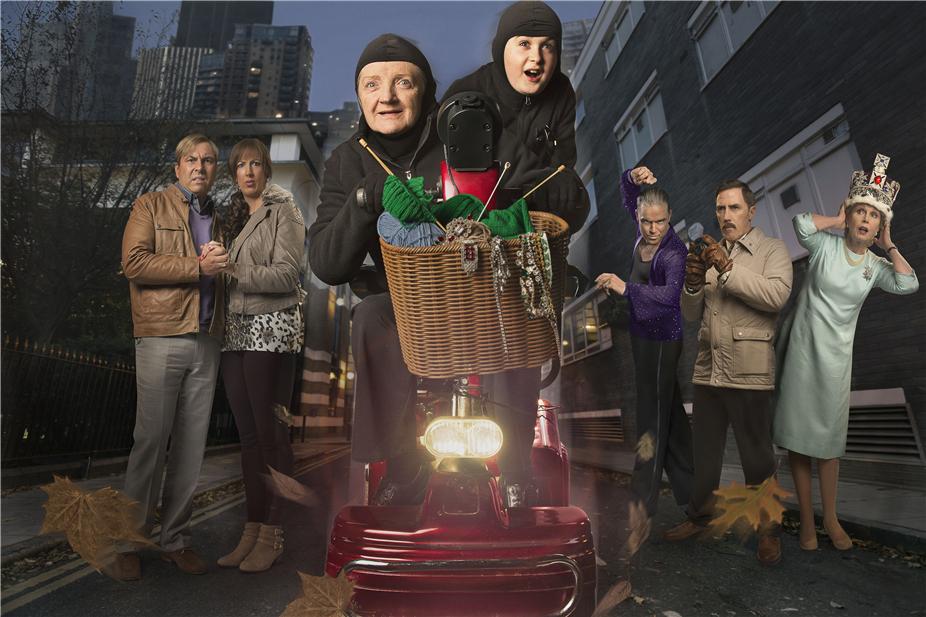