For the hundredth time since they’d made their promise, she wondered if she and Agnes were really going to go through with it, if she was brave and terrible enough.

At the top of the Empire State Building, on a freezing December night, two women hold their breath. Frances and Agnes are waiting for the man who has wronged them. They plan to seek the ultimate revenge.

Set over the course of a single night, One Night, New York is a detective story, a romance and a coming-of-age tale. It is also a story of old New York, of bohemian Greenwich Village between the wars, of floozies and artists and addicts, of a city that sucked in creatives and immigrants alike, lighting up the world, while all around America burned amid the heat of the Great Depression.

With atmospheric strokes, Thompson, a film expert, draws an unforgettable picture of New York as if it were part of a black and white movie and paints a delicate canvas of thrills and emotions.

Book of the Month
Crime Time

[T]his is an atmospheric portrait of a city in the
grip of the Great Depression as well as a compelling crime story.

Thompson's impressive debut delivers a beautifully detailed and multifaceted account of Jazz Age New York that blends the city's dazzling sophistication with an unflinching depiction of its sordid realities.

[A] wonderful recreation of an era that's both scintillating and horrifying.

When the final credits go up on this dark debut, it's like surfacing into daylight after a session in an old-fashioned cinema.

Lara Thompson’s portrayal of stubborn, brave Frances is enthralling; this page-turning thriller marks her as a writer to watch.

One Night, New York is an assured debut so evocative you can almost smell the bathtub gin wafting off the pages. 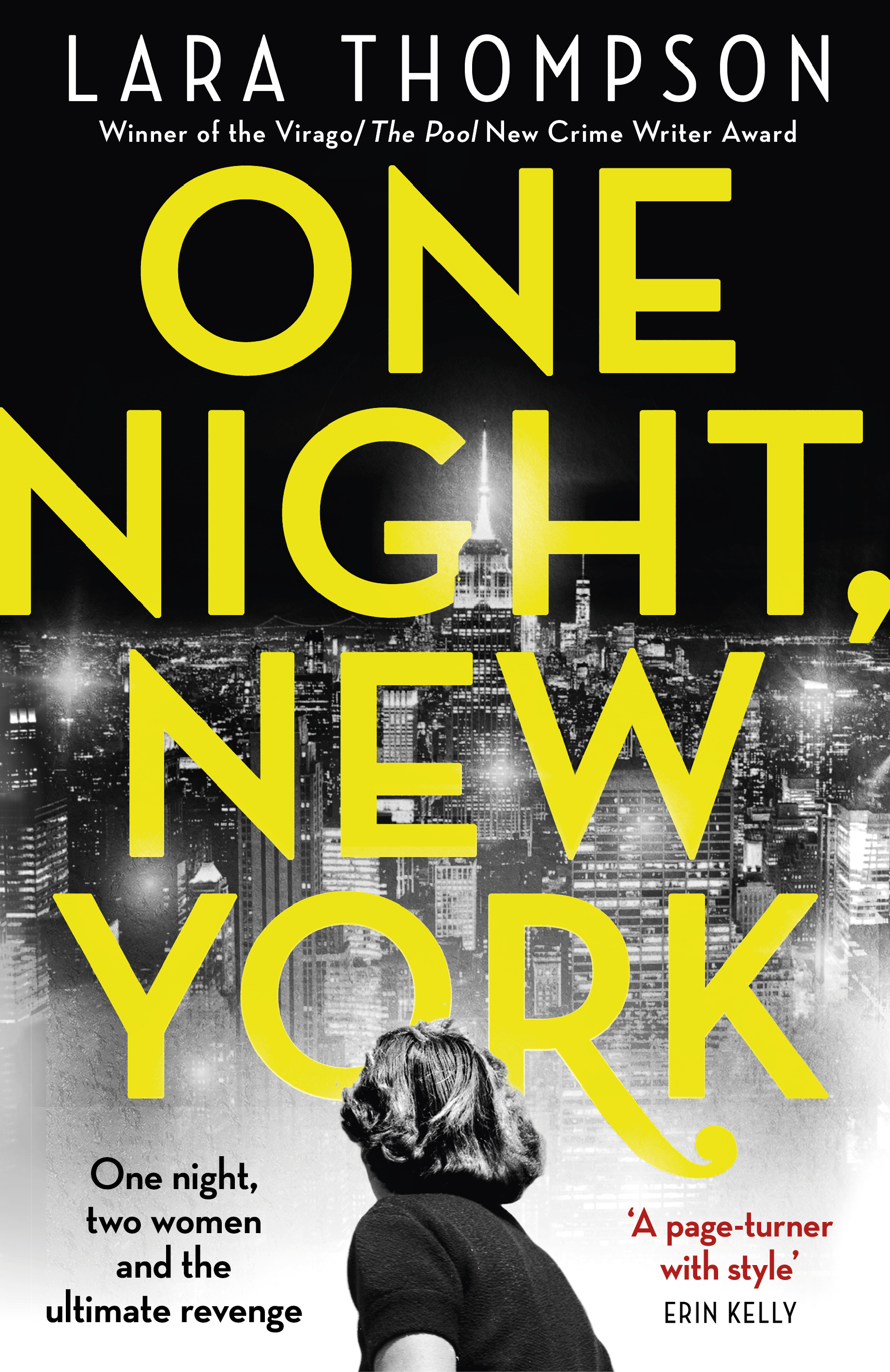