Some people would say this is the story of a photograph. How it was taken, and what happened to me after the whole world saw it.

But it's also the story of a lot of other things. A boy so beautiful he's like a punch to the throat. Best friends -- the outrageous old ones and the out-of-the-blue new. It's about fishnets and eyebrow rings and a chick named Hamlet. Kick lines at lumber yards and conga lines at prom. Crying in cars and gazing at stars. Mistakes, misunderstandings and misconceptions. Good girls, bad boys, and everyone in between.

This is a story about love.

So, look at the picture all you want.

I am so much more than what you see.
Rights

Pervaded by melancholy, witty, frank about sex, at pains not to indulge in stereotyping, Good Girls will undoubtedly appeal to readers made savvy about the otherworld of American school life.

Clear-eyed and perfectly pitched, this is an incredibly brave story, and Laura Ruby is a writer to watch. Lisa Tucker, author of The Song Reader

Good Girls sizzles with passion, insight, humor, and wisdom. A stunning read. Rosemary Graham, author of Thou Shalt Not Dump the Skater-Dude and Other Commandments I Have Broken

A brave, funny, and realistic love story about high school seniors and the assumptions they all make about each other. Carol Weston, author of For Girls Only and Girltalk

Fasten your seatbelts! Good Girls never lets up. Harrowing, honest, poignant, and wickedly funny, Laura Ruby's so-good novel comes out swinging, challenging the stereotypes of what it means to be "good" while exploring what it means to be true. Libba Bray, Printz Award winning author of Going Bovine 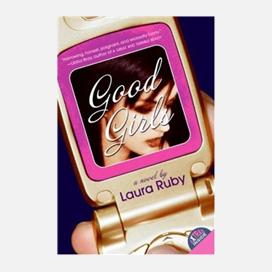