How do we take stock of a life—by what means, and by what measure? This is the question that preoccupies Alice, a Taiwanese immigrant in her late 30s. In the off-hours from her mindless day job, Alice struggles to create a “project” about the enigmatic Downtown performance artist Tehching Hsieh, hailed by Marina Abramović as “the master” on the strength of six monumental performance works he made in the 1970-80s, including punching a clock on the hour every hour for a year.

As Alice roots deeper into Tehching Hsieh’s radical use of time and his mysterious disappearance from the art world, her project starts metabolizing events from her own life—from subway rides to street protests to TV zombies. Meanwhile, in parallel, she is increasingly consumed by care for her aging stepfather, a Vietnam vet whose life has dissolved into a haze of alcoholism and dementia—and whose dramatic decline presents its own challenge to Alice’s ongoing investigation into the nature of time.

Set largely in present-day New York City, with dips into the art scene of the 1980s, Activities of Daily Living explores the interconnection between work and life, loneliness and kinship, capital and freedom, and the function of so-called projects in our lives. The novel is in conversation with Olivia Laing’s The Lonely City, with the auto-fiction of Ocean Vuong and Ben Lerner, and with other writers who have detoured into art criticism, memoir and biography in their work, such as Geoff Dyer’s Out of Sheer Rage and Valeria Luiselli’s Faces in the Crowd.

Elegiac and revealing, Chen's debut illuminates the clock in our hearts.

Chen wows in this tender debut novel... [she] develops an intelligent and deeply empathetic portrayal of Alice witnessing her stepfather disappearing inside himself, and in doing so offers careful and illuminating observations on issues of cultural difference, productivity, family, and freedom. Chen's own project is masterly and memorable. 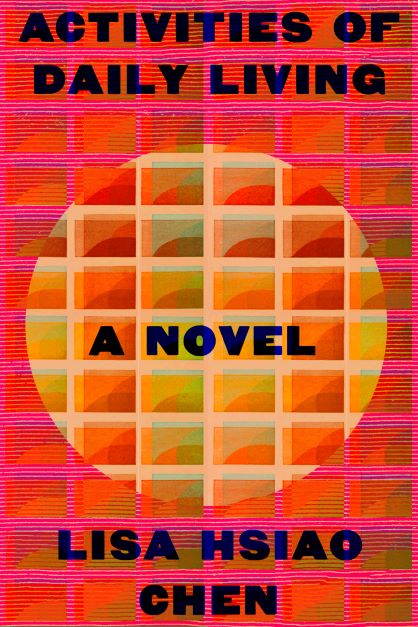