Loved THE FAMILY UPSTAIRS? Find out what happened next ...

LONDON. Early morning, June 2019: on the foreshore of the river Thames, a bag of bones is discovered. Human bones.

DCI Samuel Owusu is called to the scene and quickly sends the bag for forensic examination. The bones are those of a young woman, killed by a blow to the head many years ago.

Also inside the bag is a trail of clues, in particular the seeds of a rare tree which lead DCI Owusu back to a mansion in Chelsea where, nearly thirty years previously, three people lay dead in a kitchen, and a baby waited upstairs for someone to pick her up.

The clues point forward too to a brother and sister in Chicago searching for the only person who can make sense of their pasts.

Four deaths. An unsolved mystery. A family whose secrets can't stay buried for ever ...

PREPARE TO BE HOOKED.

Kate Cooper manages the translation rights for The Family Remains

The audio rights are handled by Penguin Audio Books.

An artful, slippery and hugely satisfying read. Lisa Jewell holds you in the palm of her hand from start to finish in this triumph of a sequel. A rare treat awaits!

Spellbinding from the first page to the last, Lisa Jewell knows how to weave a tale that that makes readers breathless. Perfectly plotted and paced, with so many shocking twists, The Family Remains is simply masterful.
Samantha Downing SAMANTHA DOWNING, International Bestselling, author of FOR YOUR OWN GOOD

The Family Remains reminds me why I come to her books time and time again…because Lisa Jewell is a superb writer at the top of her game.

by far Lisa's best yet: empathetic, gripping, authentic. Other authors are at a ten out of ten, for me, and Lisa is a solid hundred. 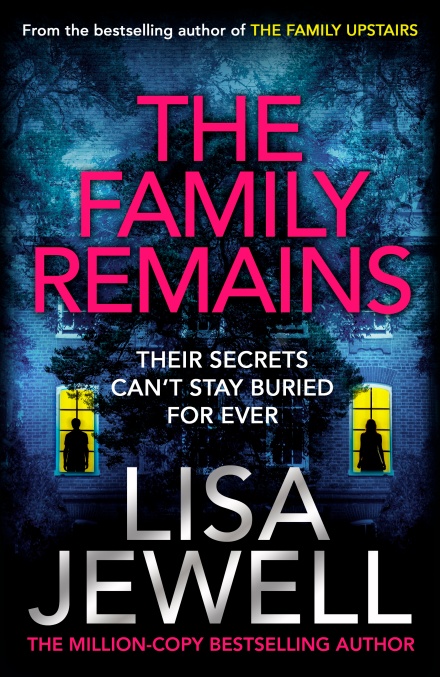