From the author of the widely praised Class A — a memoir that investigates the life and death of his enigmatic brother, who died of a heroin overdose, and compels him to redefine his own place in a family whose narrative is bisected by the tragic loss.

Lucas Mann's brother, Josh, died of a heroin overdose when Lucas was only thirteen years old. Charismatic, ambitious, cruel and sadistic, violent and vulnerable, Josh's brief life was ultimately unknowable. Yet, Josh is both a presence and absence in the author's life that will not remain unclaimed. Told in kaleidoscopic shards of memories assembled from interviews with Josh's friends and family and the raw material of the Josh's own journals, a revealing, startling portrait unfolds. At the same time, Mann pulls back to question and examine his own complicated feelings about and motives for recovering memories of his brother's life, searching for a balance between the tension of the inevitability of Josh's life and the "what-ifs" that beg to be asked. Unstinting in its honesty and profound in its conclusions, Lord Fear more than confirms the promise of Mann's earlier book; with it, he is poised to enter the ranks of the best young writers of his generation.

"In constructing his aching, poignant narrative, Mann offers a fine meditation on fate and on how “the story of addiction is the story of memory, and how we never get it right." - Kirkus Starred Review

In constructing his aching, poignant narrative, Mann offers a fine meditation on fate and on how “the story of addiction is the story of memory, and how we never get it right.


Mann’s isn’t the first or even the tenth bereaved-sibling memoir, but its blend of taut novelistic style and documentary rigor makes it one of the strongest.

Lord Fear isn't an anti-drug book; its message isn't so dull. Instead, it's a record of awe: the story of a young boy's admiration for his brother's domineering masculinity, then his later recognition that that same dominance was a symptom of weakness after all. I read it with gratitude.

Lord Fear is not a biography or an elegy or a even a memoir so much as it is a meditation on the function of grace, proof that love can defy all logic, transcend facts or even reality itself until it is almost indistinguishable from faith. 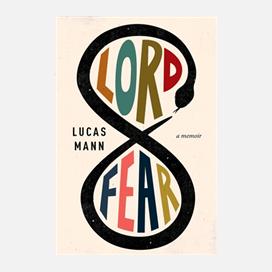