Eric Young is an android, but he doesn't know that. He does know that he's just moved to Ashland from New York City, so it's important that he makes new friends. Not just any friends, but the right kind, the kind that would be interested in skateboarding and the new Slick sneakers his Uncle Martin sends him. He's already growing his social media presence, but he knows it’s important to make friends in the real world, too.

Danny Lazio doesn't have any friends, but he doesn't care about that. He would rather not be friends with someone like Eric, whose had seemingly everything handed to him. Even if his classmates don't accept him, he still has Land X, the online role play game he's actually really good at. But then Eric takes an interest in Land X, and suddenly Danny thinks he might have found a real friend...if he can figure out the mystery behind Eric's sudden disappearances and strange lifestyle.

As Eric and Danny become better friends, it becomes harder to ignore the weird events that happen around Eric, from the weekly "dentist" appointments to inexplicable medical mishaps. But uncovering the secret behind Eric's identity is an act that might cost them both as powerful forces soon move in around them in this heartfelt story about friendship and what it means to be human.

Along with expected messages about choosing friends wisely, Vaughan offers a critique of consumerism for middle-grade readers who are ready to fight the power.

This is not just a story of an android or the dangers of excessive advertising; it is the story of one boy moving past his anger and finding a best friend. It is the story of what it means to be best friends, and how that meaning is predicated on the ability to share emotions.

While rooted in science fiction, Eric and Danny’s story of friendship transcends genre to have wide appeal.

A timely parable for this generation of digital natives

Bulletin of the Center for Children's Books (Starred) 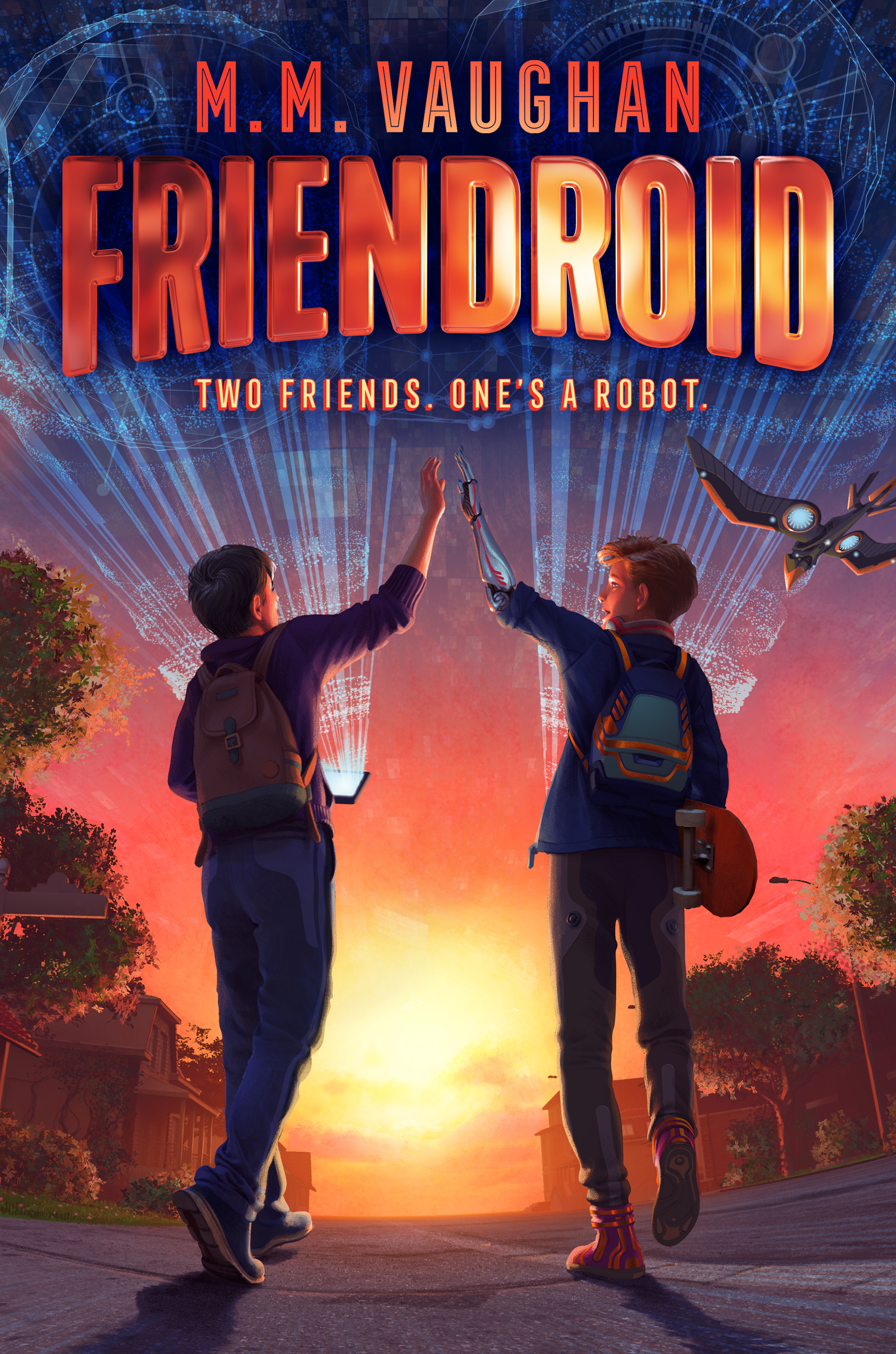