When Marco Pierre White's mother died of a brain haemorrhage when he was just six years old, it transformed his life. Soon, his father was urging him to earn his own keep and by sixteen he was working in his first restaurant. He would then go on to learn from some of the best chefs in the country, such as Albert Roux, Raymond Blanc and Pierre Koffmann. He survived the intense pressure of hundred-hour weeks in the heat of the kitchen, developed his own style, and struck out on his own. At Harveys in Wandsworth, which he opened in 1987, he developed a reputation as a stunning cook and a rock 'n' roll sex god of the kitchen. But he was also a man who might throw you out of his restaurant, and his temper was legendary, as younger chefs such as Gordon Ramsay and Heston Blumenthal would find out when they worked for him. He eventually opened several more restaurants, won every honour going and then realised that it still wasn't enough. This book tells that astonishing story, taking the reader right into the heat of the kitchen with a sharp-edged wit and a sizzling pace that will fascinate anyone brave enough to open the pages of this book and enter his domain. 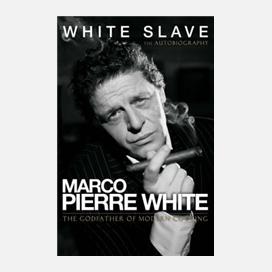