A surreal sketch show made by BBC One, Big Train developed a huge cult following at the end of the 1990's. Memorable sketches include a foul-mouthed and ill-tempered Florence Nightingale, a behind-the-scenes look at the life of Ming the Merciless and a recurring series that placed musical icons from the 1970's and 1980's in bizarre situations, including the Bee Gees being killed by Chaka Khan in a Western-style shootout or the Artist Formlerly Known as Prince preying on jockeys in the African Wilderness. 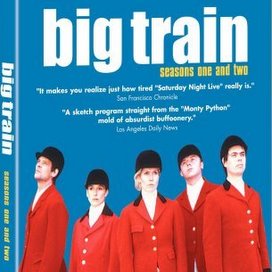