Set in the fictional East Hampton Hospital Trust, Green Wing weaves a narrative out of a series of surreal sketches using a regular set of characters and a fixed location. It was created by the team behind the earlier Channel 4 sketch show Smack the Pony.

Bordering on insanity, Alan Statham is a pompous, repressed, permanently stuttering man desperately in love with head of human resources, Joanna Clore (Pippa Haywood). The open secret of their relationship is frequently held against him by Boyce (Oliver Chris), one of his student doctors.

Media
Reviews
One of the most freshly funny and crisply innovative comedies for years. A.A. Gill
The Sunday Times 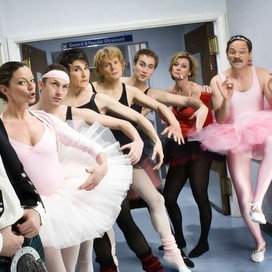