View PDF
tv
Role Thoroughgood
Director Owen Harris
Production Company Hillbilly TV
Broadcaster BBC 4
In 1979, the Monty Python film Life of Brian was the subject of worldwide outrage for its portrayal of a young man taken to be the Messiah, whose life bore striking resemblance to that of Jesus.

As a result, John Cleese and Michael Palin were invited onto a television debate in front of a live studio audience to face prominent religious figures Malcolm Muggeridge and the Bishop of Southwark over the controversy.

Written by Tony Roche, Holy Flying Circus is a fantastical re-imaging of the lead up to the debate, pitted with moments of Pythonesque humour. 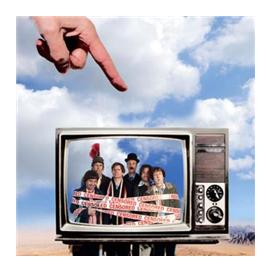