Boy A was adapted by Mark from Jonathan Trigell's novel. Initially aired on Channel 4 in November 2007 it also received a cinematic release in 2008. Directed by John Crowley and starring Andrew Garfield in his breakthrough role as the eponymous Boy A, this was the first production from Cuba Pictures.

A young man is released from prison after many years and given a new identity in a new town. Aided by a supervisor who becomes like a father to him he finds a job and friends and hesitantly starts a relationship with a compassionate girl. However, the secret of the heinous crime he committed as a boy weighs down on him, and he learns that it is not so easy to escape your past. 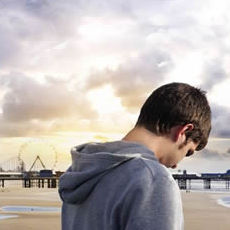