World English → Ballantine Books (Ed. Kara Cesare)
Inspired by the life of a real World War II heroine, this powerful debut novel reveals an incredible story of love, redemption, and terrible secrets that were hidden for decades.
On the eve of a fateful war, New York socialite Caroline Ferriday has her hands full with her post at the French consulate and a new love on the horizon. But Caroline’s world is forever changed when Hitler’s army invades Poland in September 1939 - and then sets its sights on France.

An ocean away from Caroline, Kasia Kuzmerick, a Polish teenager, senses her carefree youth disappearing as she sinks deeper into her role as courier for the underground resistance movement. In a tense atmosphere of watchful eyes and suspect neighbors, one false move can have dire consequences.
For ambitious young German doctor, Herta Oberheuser, an ad for a government medical position seems her ticket out of a desolate life. But, once hired, she finds herself trapped in a male-dominated realm of Nazi secrets and power.
The lives of these three women are set on a collision course when the unthinkable happens and Kasia is sent to Ravensbrück, the notorious female-only Nazi concentration camp. The tragedy and triumph of their stories cross continents — from New York to Paris, and Germany to Poland — capturing the indomitable pull of compassion to bring justice to those whom history has forgotten.
In Lilac Girls, Martha Hall Kelly has crafted a remarkable novel of unsung women and their quest for love, happiness, and second chances. It is a story that will keep readers bonded with the characters, searching for the truth, until the final pages.
Rights

A compelling first novel. This is a page-turner demonstrating the tests and triumphs civilians faced during war, complemented by Kelly’s vivid depiction of history and excellent characters.

Called "cinematic" and "epic" by ELLE jurors...The lives of three vastly different women caught in the crosshairs of World War II and its ensuring fallout...are masterfully evoked in this debut novel.

This is the kind of book I wish I had the courage to write—a profound, unsettling, and thoroughly captivating look at sisterhood through the dark lens of the Holocaust. Lilac Girls is the best book I’ve read all year. It will haunt you.

Jamie Ford, New York Times bestselling author of Hotel on the Corner of Bitter and Sweet

Rich with historical detail and riveting to the end, Lilac Girls weaves the lives of three astonishing women into a story of extraordinary moral power set against the harrowing backdrop of Europe in thrall to Nazi Germany. Martha Hall Kelly moves effortlessly across physical and ethical battlegrounds, across the trajectory of a doomed wartime romance, across the territory of the soul. I can’t remember the last time I read a novel that moved me so deeply.

Inspired by actual events and real people, Martha Hall Kelly has woven together the stories of three women during World War II that reveal the bravery, cowardice, and cruelty of those days. This is a part of history — women’s history — that should never be forgotten.

It’s an Indie Next pick of independent booksellers.

This impressive debut should appeal strongly to historical fiction readers and to book clubs that adored works such as Kristin Hannah's The Nightingale  and Anthony Doerr's All the Light We Cannot See.

A compelling, page-turning narrative…Lilac Girls falls squarely into the groundbreaking category of fiction that re-examines history from a fresh, female point of view. It’s smart, thoughtful, and also just an old-fashioned good read

A powerful story for readers everywhere…Martha Hall Kelly has brought readers a first-hand glimpse into one of history’s most frightening memories. A novel that brings to life what these women and many others suffered…I was moved to tears. 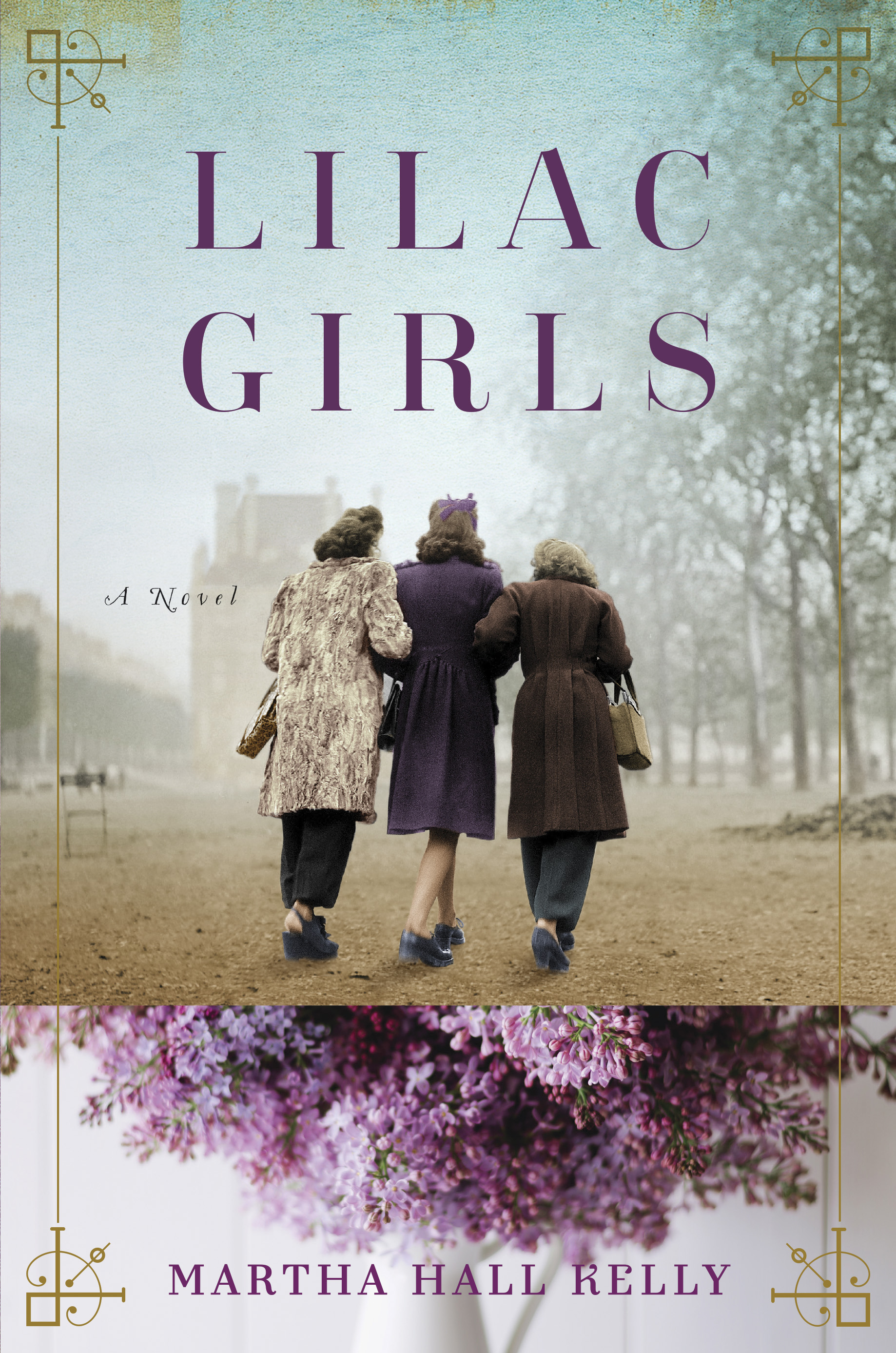