The Mask of Apollo

UK & Comm → Virago Modern Classics
US → Open Road Integrated Media
Set in fourth-century B.C. Greece, The Mask of Apollo is narrated by Nikeratos, a tragic actor who takes with him on all his travels a gold mask of Apollo, a relic of the theatre's golden age, which is now past. At first his mascot, the mask gradually becomes his conscience, and he refers to it his gravest decisions, when he finds himself at the centre of a political crisis in which the philosopher Plato is also involved. Much of the action is set in Syracuse, where Plato's friend Dion is trying to persuade the young tyrant Dionysios the Younger to accept the rule of law. Through Nikeratos' eyes, the reader watches as the clash between the two unleashes all the pent-up violence in the city.
Rights 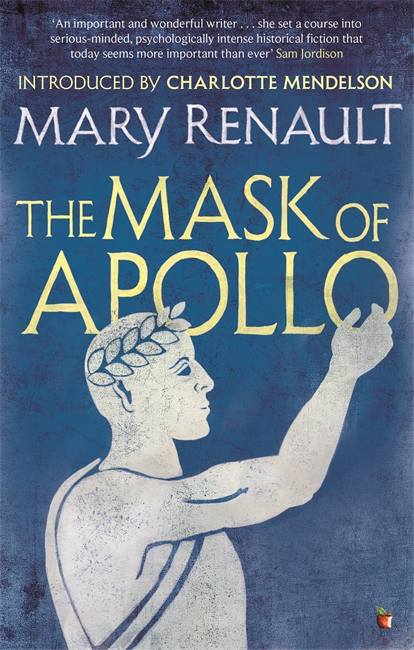