Move over unicorns, it's time for a very special animal to take centre stage - meet Rhinocorn! Ron is a rhino like no other. He doesn't like to live by the other rhino rules - the other rhinos are grumpy, solitary and they will charge at anything that gets in their way. But not Ron. Ron likes music, art and only wants to have fun. He is determined to live his best life and not conform to the herd. When Ron paints himself into a bright unicorn, all of the other animals think he's the coolest animal ever, but his rhino family are less impressed. Will they learn to embrace Ron for who he really is? An uplifting and funny new picture book story about daring to be different, from the creator of Superbat. 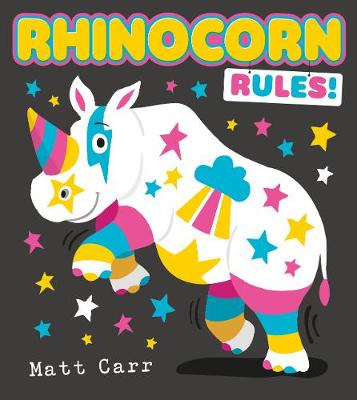