Producer Justin Davies Writer Steve Pemberton & Reece Shearsmith Starring
Broadcaster BBC2
See the Full Version of this Work
A group of seemingly unrelated strangers all receive a mysterious note stating "I know what you did," it sends their lives into a downward spiral. They include a birthing coach nurse who believes her practice doll is a real baby; an alcoholic, one-handed clown; a young man obsessed with serial killers; a telekinetic dwarf; and a miserly old man with the world's biggest Beanie Baby collection.
Media 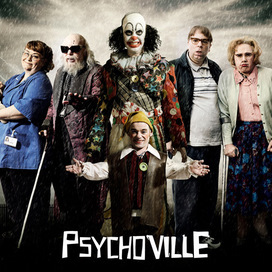