Early one Monday morning, much like today, journalist Alex Kubelick walks up to a total stranger and slaps him across the face. Hard.

They've both just earned Emoticoins in a new, all-consuming game that trades real-life emotions for digital currency. Emoticoins are changing the face of the global economy - but someone or something seems to be controlling the game for their own, nefarious purposes.

As Alex begins to pick apart the tangled threads that are holding the virtual game together she finds herself on the run from very real enemies. With the world economy teetering on the brink of collapse, it seems there's only one person who might have the answers she seeks.Someone who hides behind the mysterious name 'Lucky Ghost.'

But who is Lucky Ghost... and can they really be trusted?

And what do they want?

LUCKY GHOST is part of the Martingale cycle, a series of interconnected novels exploring the life of computing pioneer and political radical Elyse Martingale - and her strange afterlife in the 21st century. 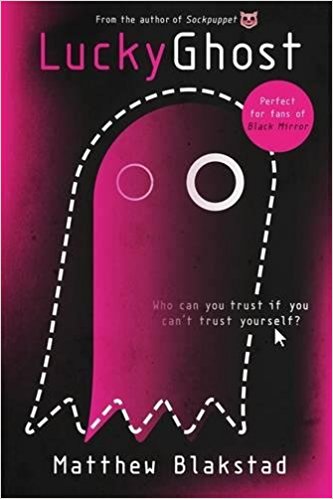