The Stuart Princesses Who Stole Their Father's Crown.

Acclaimed historian Maureen Waller recreates the late Stuart era, in a compelling narrative that highlights the influence of three women in one of the most momentous events in our history: a palace coup that changed the face of the monarchy and signalled the end of a dynasty. In 1688, seven prominent men invited William of Orange - James' nephew and son-in-law - to intervene in English affairs. But it was the women, Queen Mary Beatrice and her stepdaughters Mary and Anne, who played a key role in this drama. Jealous and resentful, Anne had written malicious letters to her sister Mary, implying that the Queen's pregnancy was a hoax, a Catholic plot to deny Mary her rightful inheritance! 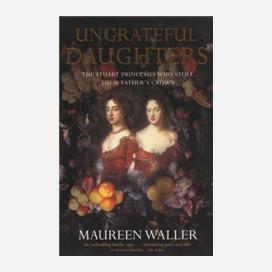