Fourteen-year-old Zach Harriman can feel the changes. The sharpening of his senses. The incredible strength. The speed, as though he can text message himself across miles. The confidence and the strange need to patrol Central Park at night. His dad had been a hero, a savior to America and a confidante of the president. Then he died, and the changes began in Zach. What Zach never knew was that his father was no ordinary man--he was a superhero, battling the world's evil. 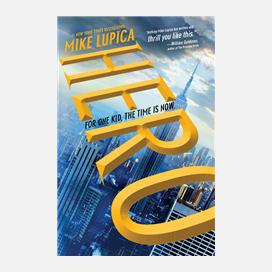