There Are More Beautiful Things Than Beyoncé

A TIME Magazine Best Paperback of 2017

Outstanding collection of poems. So much soul. So much intelligence in how Parker folds in cultural references and the experiences of black womanhood. Every poem will get its hooks into you. - Roxane Gay

There Are More Beautiful Things Than Beyoncé  uses political and pop-cultural references as a framework to explore 21st century black American womanhood and its complexities: performance, depression, isolation, exoticism, racism, femininity, and politics. The poems weave between personal narrative and pop-cultural criticism, examining and confronting modern media, consumption, feminism, and Blackness. This collection explores femininity and race in the contemporary American political climate, folding in references from jazz standards, visual art, personal family history, and Hip Hop. The voice of this book is a multifarious one: writing and rewriting bodies, stories, and histories of the past, as well as uttering and bearing witness to the truth of the present, and actively probing toward a new self, an actualized self.

This is a book at the intersections of mythology and sorrow, of vulnerability and posturing, of desire and disgust, of tragedy and excellence.

Get on board this trip; it is like no other

This is a marvelous book. Morgan Parker is a fearlessly forward and forward-thinking literary star.

Yet despite fluctuations in voice, these poems are, without a doubt, Parker’s as she encapsulates vulnerability, feminism, and utter fearlessness in rhythmic, glittering verse. In a nod to Mickalene Thomas, Parker writes, “We bright enough to blind you.” Her words truly are.

Outstanding collection of poems. So much soul. So much intelligence in how Parker folds in cultural references and the experiences of black womanhood. Every poem will get its hooks into you.

I love these poems by Morgan Parker. They tell everything exactly like it is, and they don't let us off the hook―about how we run this country, about race, about how we spend our time . . . They hit you with the authority and moral clarity of Langston Hughes, and have the omnivorous eye of Frank O'Hara.

I can and have read Morgan Parker's poems over and over . . . She writes history and pleasure and kitsch and abstraction, then vanishes like a god in about 13 inches.

[Morgan Parker’s] poems are delightful in their playful ability to rake through our contemporary moment in search of all manner of riches, just as they are devastating in their ability to remind us of what we look like when nobody's watching, and of what the many things we don't ― or can't ― say add up to.

The first thing you have to understand is that Morgan Parker is one of the most fascinating poets working today.

As soulful as it is timely, There Are More Beautiful Things Than Beyoncé is a daring collection you'll want to bask in all year long.


The book is a tribute to Black American womanhood, an ode to the joys and sorrows and triumphs of being Black and female in this sick, lovely, dangerous world - and every word inside is beautiful, even when they hit you hard like a punch in the chest or make you want to cry


With lines like “I try to write a text message to describe my feelings but the emoticon hands are all white” (These Are Dangerous Times, Man) or “When I drink anything out of a martini glass I feel untouched by professional and sexual rejection.” (Another Another Autumn in New York) and “I am exclusively post-everything” (Poem on Beyonce’s Birthday), Parker deploys Beyonce’s voice to probe themes of sex, isolation, erasure and depression.

This singular poetry collection is a dynamic meditation on the experience of, and societal narratives surrounding, contemporary black womanhood...these exquisite poems defy categorization.

Parker’s poems bring heat to the art of Mickalene Thomas, the racial politics of Barack Obama’s presidency, the body politics of Beyoncé and the danger of moving through America in a black body.

A brash, risqué collection that explores what it means to be a black woman in contemporary American culture. 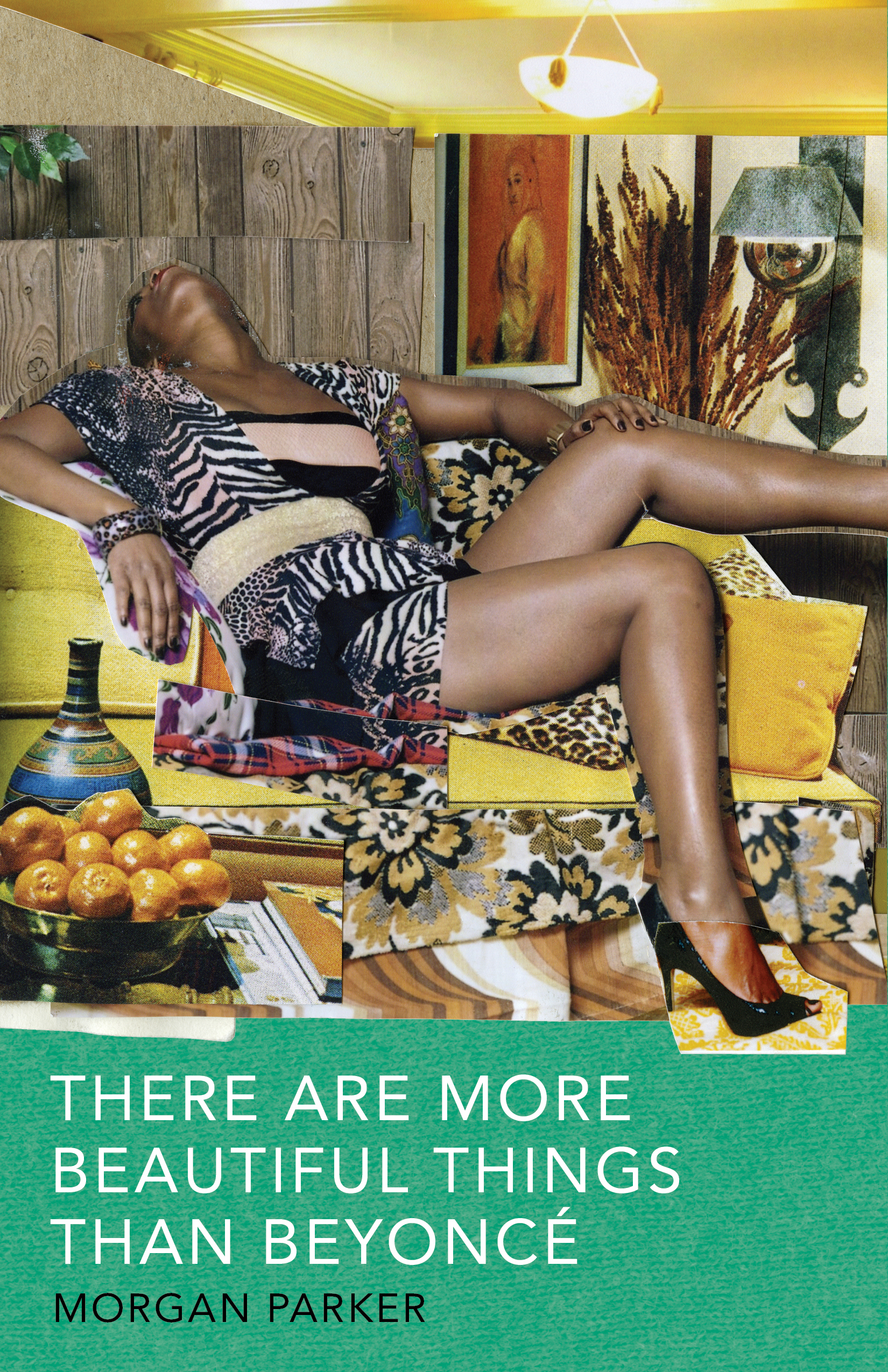