Former homicide detective Kosuke Iwata is on the run from his past.

Living in LA and working as a private detective he spends his days spying on unfaithful spouses and his nights with an unavailable woman. Still he cannot forget the family he lost in Tokyo. But that all changes when a figure from his old life appears at his door demanding his help.

Meredith Nichol, a transgender woman and his wife's sister, has been found strangled on the lonely train tracks behind Skid Row.

Soon he discovers that the devil is at play in the City of Angels and Meredith's death wasn't the hate crime the police believe it to be. This is dangerous territory. But Iwata knows that risking his life and future is the only way to silence the demons of his past.

Reluctantly throwing himself back in to the dangerous existence he only just escaped, Iwata discovers a seedy world of corruption, exploitation and murder - and a river of sin flowing through LA's underbelly, Mexico's dusty borderlands, and deep within his own past.

Liz Dennis manages the translation rights for Sins as Scarlet

Obregón's second is a neonoir gem with a compelling story, solid prose, and a brooding, honorable, and all-too-human hero.

In the heady tradition of Raymond Chandler and Michael Connelly, Sins as Scarlet lays bare the bruised heart and broken soul of Los Angeles. Extraordinary stuff: a diabolically clever police procedural, a wrenching character study, and a merciless chronicle of a city in decay. I’m awestruck.

AJ Finn, author of The Woman in the Window

A dark, brutal ride through the underbelly of LA.

Sins as Scarlet is a searing LA crime story, as poetic as it is brutal, as tender as it is disturbing.

Fresh and convincing… Occasionally the dialogue is worthy of the great chronicler of LA’s dark side, Raymond Chandler. But really, Obrégon’s writing has a unique flavour all its own, wherever his books are set.

Masterpiece – that's the only way to describe Sins as Scarlet. Obregón's brilliant novel is, at once, a classic noir, a psychological thriller and a riveting examination – sometimes dark, sometimes moving to the point of tears – of a life in a less-than-angelic Los Angeles.

A pacey, page-turning thriller … Iwata is a richly drawn, conflicted hero, and this is another savage journey into the dark heart of America. 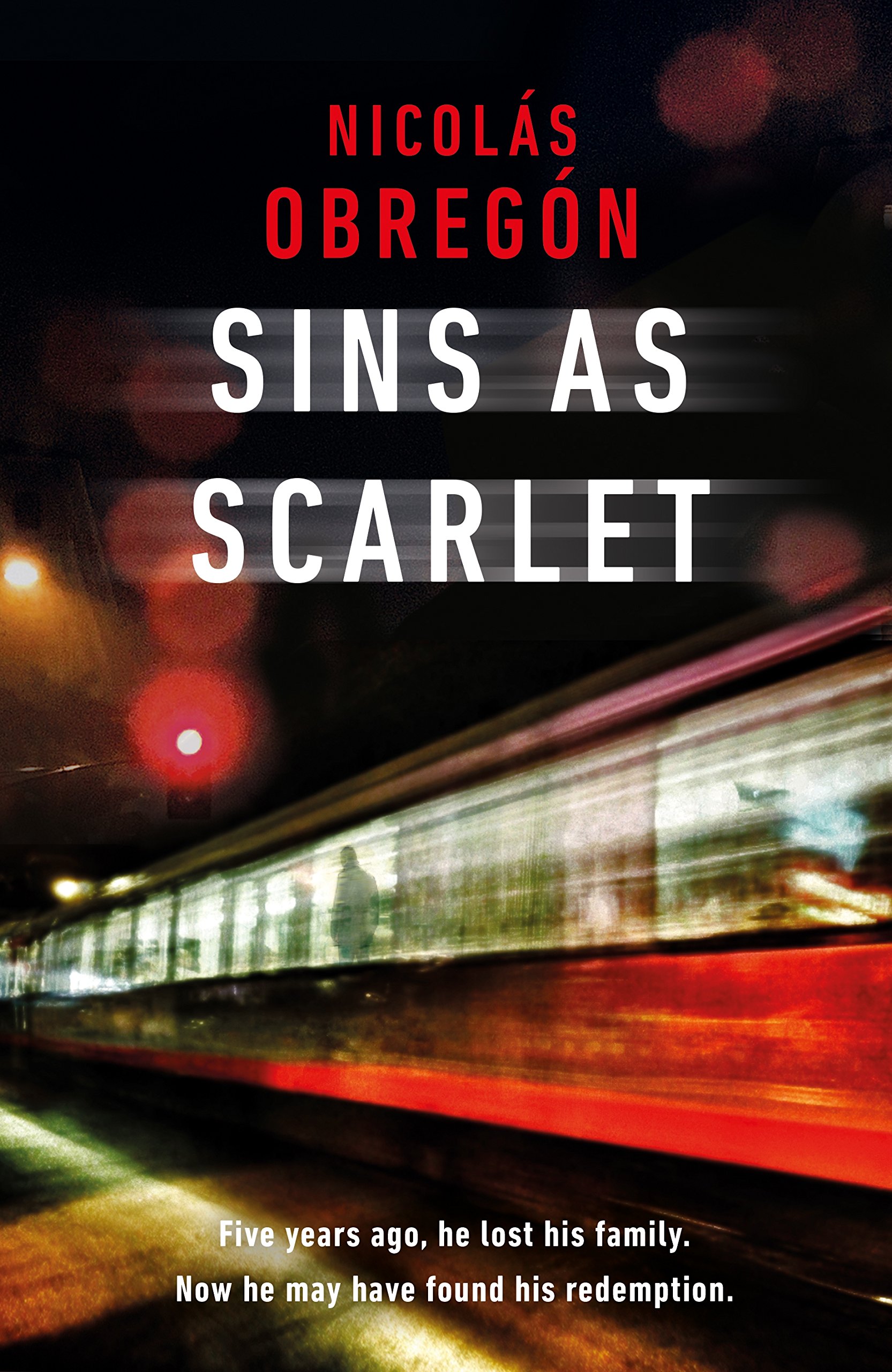