Retired bank manager George Pearmain is, apparently, dead. According to the behaviour of everyone around him, it would seem that he is no more. Not only that, but his mother has also passed away too - and on the eve of her 99th year, poor dear. Not only that, it could be that they were both murdered.

As George's family gather for the birthday-celebration-that-never-was, he hovers around the house, watching and listening, entirely unseen. As a result, he makes all sorts of discoveries about himself, his wife Esmeralda and his supposedly happy family...

Screamingly funny and strange, it asks the question: What if you could bear witness to your own demise?

A delightful black comedy by a master of the genre… not just cunningly plotted, with some ghoulish twists, but surprisingly poignant.

[A] very funny work… Under this master of suburban comedy we have a breathtakingly hilarious hybrid of Blithe Spirit, Noises Off and Miss Marple… will have you falling off your deckchair with mirth. 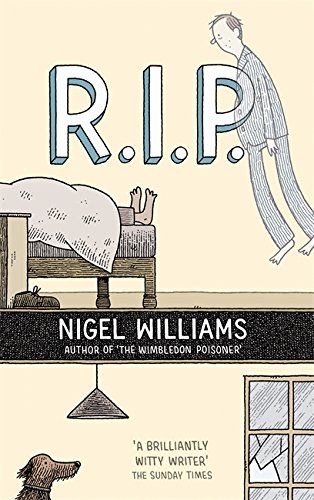