Henry Farr is forty years old. He is suburban, average, conventional - and desperate to be rid of his wife, Elinor. Inspired by a grisly episode in Wimbledon's local history, Farr begins to concoct a recipe for the perfect murder. But his plans go terribly, terribly wrong - and before long, poor Henry's best efforts to set himself free, in fact send him spiralling wildly out of control.

Originally published in 1990, and the first book in Nigel Williams's classic Wimbledon Trilogy, The Wimbledon Poisioner was adpated for BBC televsion in 1994.

Melissa Pimentel manages the translation rights for The Wimbledon Poisoner 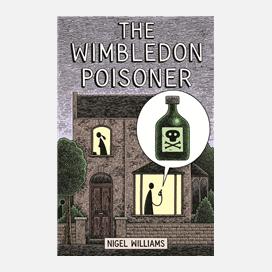