Amy thinks that the Hotel Parthenon in Greece would be a nice change for her husband, Labour Minister Tom Jones, who is grumpily recovering from an operation for hemorrhoids. But once there, they run into Portia, Tom's redheaded ex-mistress. Then they receive a surprise visit from Tom's rakish father, Vic.

Also at the hotel are Philip, an American publisher recovering from his wife¹s suicide; Prudence, a young doctor nursing a broken heart and waiting for her Granny; and Mr. and Mrs. Boot, who have decided it best to steer clear of the London police for a little while. Completing the cast are the elegant, gray-haired twins, Jane and Trish. Reminiscent of A Midsummer's Night Dream, where the most unlikely people fall in and out of love, A Nice Change is classic Nina Bawden.
Rights

Kate Cooper manages the translation rights for A Nice Change 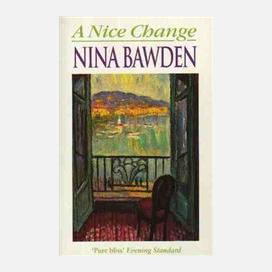