Radio presenter Gary Bellamy (Rhys Thomas) hosted the call in programme talking to various eccentric characters from across the nation (voiced by Amelia Bullmore, Simon Day, Felix Dexter, Charlie Higson, Lucy Montgomery and Paul Whitehouse). The team were so convincing in the spoof that several Radio 4 listeners actually called the station to comment and complain to Gary about provocative views expressed on the show!

Down the Line was adapted for television in 2010 under the title, Bellamy's People.
Media
Reviews
Not for the first time, Radio 4 listeners are up in arms. The cause is a 'sexist', 'racist', 'rubbish' phone-in show called Down the Line. But we've been had. Stephen Moss
Guardian
Down the Line was one of the freshest radio comedies of recent years, starring the cream of the UK's comedy talent. Lucy Lumsden
Guardian 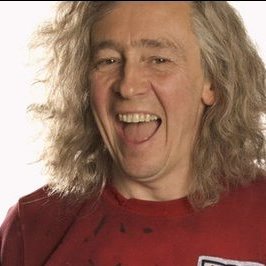