The bitter-sweet comedy followed Danny and his group of friends and their pursuit- successful or otherwise- of happiness.
Media
Reviews
A kind of trawl through middle-aged male misery. Paul Whitehouse
Guardian
The notion was that there's this bloke, quite well off, got a reasonably good career, he has no particular ties, and go on then, see if you can find happiness. Paul Whitehouse
Guardian 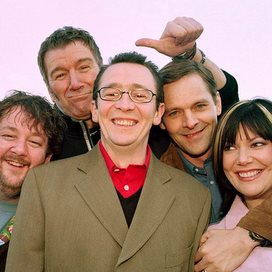