After three hit three series and two national tours, a special Last Fast Show Ever aired in 2000 marking the end of a comedy triumph that won a string awards including a BAFTA in 1998; a British Comedy Award in 1996 and 1997 and a Royal Television Award in 1997.
Media
Reviews
The defining comedy sketch show of the Nineties. Benji Wilson
Independent
The greatest actor of all time. Johnny Depp 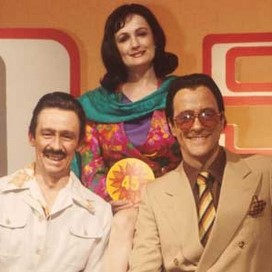