The comedy series brought to the screen a host of now stock characters such as Smashie and Nicey, Wayne and Waynetta Slob, who married at 17 and are going to seed, and Tim Nice-But-Dim who does exactly what he says on the tin.

The show was retitled in 1994 as Harry Enfield and Chums. 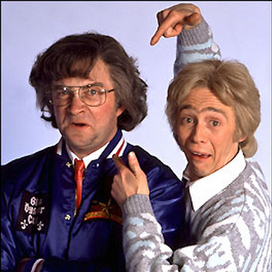