Producer Chris Clough, Michael Casey Writer James Dormer
Production Company Left Bank Pictures
Broadcaster SKY, Cinemax, HBO
British Special Forces Sergeant Michael Stonebridge and US ex-Delta Force commando Damien Scott are thrust back into the field at the orders of maverick new Section 20 commanding officer, Major Rachel Dalton. When enigmatic billionaire businessman, Conrad Knox resolves to play God with the future of Southern Africa using weapons stolen from the crumbling regime in Libya, Section Twenty are the only force capable of confronting his deadly scheme. Strike Back: Vengeance is a heart-pounding, thrill-ride set across five electrifying stories. Section 20 are tasked with rescuing British hostages from a Somali warlord in Mogadishu; chasing an infamous al-Qaeda operative into a terrifying siege in the Algerian desert; turning a scientist concealing a deadly secret in Cape Town; diffusing a scheme to overthrow the government of Zimbabwe and finally countering a nuclear plot that will change the face of Africa forever. 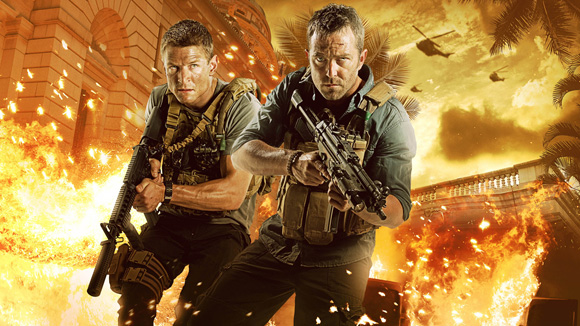