A week after her daughter, Amber, is born, young mother Sadie Banner packs a bag and disappears in the middle of the night, leaving partner Miles to raise Amber alone – until Sadie shows up on their doorstep sixteen years later. Gradually they try to become a family of three again – but Sadie's brought the ghosts of her past back with her and they're determined to be heard.
Two years later, a documentary film crew follow Amber Banner on a media tour of Los Angeles. Amber's just been acquitted of a murder charge – but who did she kill, and why?

Katie McGowan manages the translation rights for The Tall Man

After her brilliant debut The Tall Man, Phoebe Locke has knocked it out of the park once again with The July Girls. Atmospheric and beautifully written, it really is stunningly good.’

An original take on the serial thriller killer that grips and disturbs, filled with characters who will linger long after 'The End.' As a reader I'm so excited that I've discovered Phoebe Locke.

Catherine Ryan Howard
Author of The Liar's Girl
The July Girls is an extraordinary novel that gets under your skin from the very first page. Shocking, yet subtle, the menace drips off every page, making it an almost unbearably good read. Such an intricate, absorbing story that more than​ delivers on its knock-out premise (and boy, is it a knock-out!)
Caz Frear
Author of Sweet Little Lies

A cracker. I loved
The Tall Man, and The July Girls is even better.

I adored The July Girls. Against a
backdrop of heat, poverty and terrorism, Phoebe Locke vividly conveys a city stalked by a serial killer. Her protagonist - a ten-year-old girl called Addie - is brilliantly drawn. As the years pass, and she grows older, the tension ratchets up to an almost unbearable level. Beautifully written, not a word out of place, this deserves to be the summer's breakout hit

Fiona Cummins
Author of The Neighbour

I have just ripped through The July Girls in less than twenty-four hours – what an absolute *corker* of a novel! I love how Phoebe’s characters are so beautifully written, and her talent for building the suspense (literally bit all my nails off when Addie went to meet her dad) had me gripped from the first page to the last. I can’t wait to see what she does next.

Lisa Hall
Author of The Party

Genuinely scary contemporary novels are rare but Phoebe Locke’s debut - a taut, complex but brilliantly constructed supernatural thriller - is not one to be read alone at bedtime.

A gripping blend of dark psychological suspense and spine-tingling chills 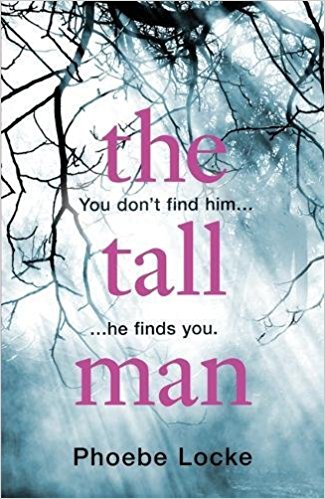