Qadim is an intelligent and dynamic man, who oozes charm and sex appeal. Although he was a doting father to Amira, the pair's relationship has been strained since the death of his wife, which has transformed him into a bitter, controlling tyrant of a father.

Ramon's first appearances portrayed Qadim's time as a prison inmate serving time for property fraud. Before long, he was released just in time for his daughter's wedding, allowing him to join in all the action around Albert Square.
Media 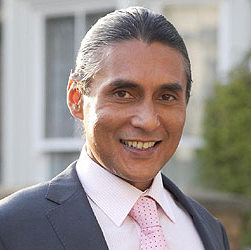