View PDF
theatre
Role Various
Producer Tricycle Theatre Director Indu Rubasingham
The Great Game, which opened at the Tricycle Theatre on 24 April, is a three part epic of 12 short plays that explore Afghan Culture and History. The plays, directed by Nicolas Kent and Indhu Rubasingham, feature Ramon Tikaram in various impressive roles in Parts II & III.
Media
Reviews
The drugs baron and Najibullah are both played, with glowering intensity and wicked charm, by Ramon Tikaram, a double typical of the acting ingenuity on show. Michael Coveney
The Independent 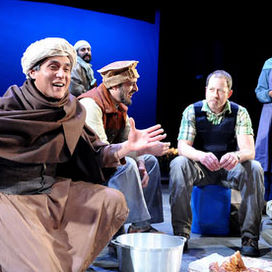