As the drivers competed to find their own route through France, all three couples had to collect a total of three items that best represented the head, heart and stomach of every region they passed through in a bid to capture the essence of France en route.
Media 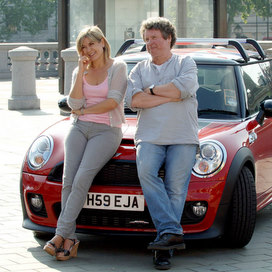