The Shooting of Thomas Hurndall

The true story of one family's fight for justice after their son Tom was shot dead on the Gaza strip by a member for the Israeli Defence Force while working there as a photojournalism student aligned to the Peace Corps.

Media
Reviews
Tight and convincing, and the performances exemplary (above all by Stephen Dillane, quite brilliant as Tom's lawyer father Anthony). Television can sometimes be a little self-consciously worthy when it tackles this kind of subject, but here it did the Hurndall family proud. Brian Viner
The Independent
It may not be sentimental, or sensational, but hell, it's moving....Beautifully observed, beautifully written, beautifully performed. And brave. Sam Wollaston
The Guardian 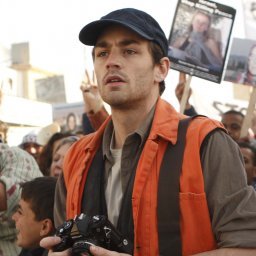