Creator Rufus Norris & Damon Albarn Writer Damon Albarn
Palace Theatre
Doctor Dee is a new opera written by Damon Albarn and directed by Rufus Norris, which explores ritual and symbolism in this country, past and present, using Doctor John Dee – one of England’s greatest but largely forgotten men – as catalyst.

Doctor John Dee was one of the last great free thinkers.  He was the ultimate Renaissance man: astrologer, alchemist, mathematician and spy, who provided the inspiration for both Marlowe's Faust and Shakespeare's Prospero, however he has slipped from the pages of history.

The piece is co-commissioned by MIF, ENO and London 2012. It will be premiered as part of the Manchester International festival on 1 July 2011.

Doctor Dee has already been confirmed as part of the Cultural Olympiad and will play at the London Coliseum 25 June - 7 July 2012.
Media
Reviews
Visually the show is amazing Dave Cunningham
Whatsonstage
Rufus Norris lays on a sumptuous array of scenes and tableaux that draw upon the lavish stage mechanics of an Elizabethan masque Alfred Hickling
The Guardian
It is complemented by Norris’s richly imaginative production Rupert Christiansen
The Telegraph
Mr. Norris’s elegantly hallucinatory staging, suggesting an era that did not divide the natural from the supernatural. Jon Pareles
The New York Times
Norris knows how to create strong shapes on stage Holly Williams
The Independent
as an experimental work and a visual spectacle, it is quite magical Will Hodgkinson
The Times Full Review

Norris’s production is an exquisite pageant... A weird and extraordinary feast for eye and ear

Patrick Marmion
Daily Mail Full Review
What’s really impressive about this production is how it seamlessly blends all of its elements – music, dance, visuals – into something that is not an opera but a thing unto itself. David Cheal
Financial Times Full Review 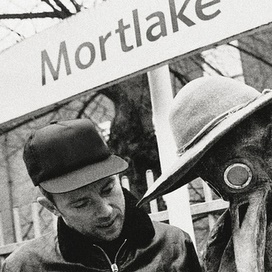