Producer Bill Kenwright Writer Clifford Odet Starring
Theatre Royal, Windsor
The Country Girl is the powerful story of washed-up actor Frank Elgin, a desperate and demanding alcoholic who is offered a comeback chance to star in the next Broadway play by hotshot director Bernie Dodd.  Believing the actor’s long-suffering wife Georgie is the reason for his decline, Bernie strikes up a stormy relationship with her - but in 1950s New York, how far will a woman go to redeem the man she loves?
Media
Reviews
Rufus Norris’s direction is taut Paul Callan
The Express
when the knowing laughs come we need the release badly, because the slow-growing angst of the first act explodes into violent tensions ... (it's) hard to fault Rufus Norris’s direction Libby Purves
The Times
in Rufus Norris’s beautifully judged production the play is exceptionally funny ... (it) marvellously combines dramatic tension with sudden laughter ... and at the moments when it matters, the emotional charge of the piece is overwhelming Charles Spencer
The Telegraph
there’s authenticity and an undercurrent of feeling that keeps you gripped Mark Shenton
The Stage 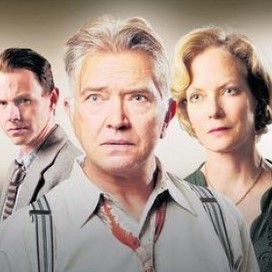