Rufus' production of Vernon God Little, adapted by Tanya Ronder, returens to the Young Vic, following its production in 2007.

Vernon's best friend Jesus has just carried out a high school massacre before shooting himself. As the hysteria surrounding the attack mounts blame shifts to Vernon. Hapless, cynical and gloriously unlucky he makes a desperate escape to Mexico.

With a new cast, this updated version of the 2007 smash hit production, features a soundtrack of American classic hits and has received overwhelmingly positive reviews.

Media
Reviews
Rufus Norris’s production is a roaring, rattling tale...it’s a hell of a production. I was touched, engrossed and admiring, and it won’t leave me for quite a while. Libby Purves
The Times Full Review
a biliously funny account of the commercialisation of horror...The show moves along at breakneck speed thanks to Rufus Norris's production Michael Billington
The Guardian
a Young Vic classic, and no mistake, and the audience goes absolutely wild. Michael Coveney
What's On Stage
thrillingly funny Henry Hitchings
The Evening Standard
brilliantly funny...joyous Paul Taylor
The Independent 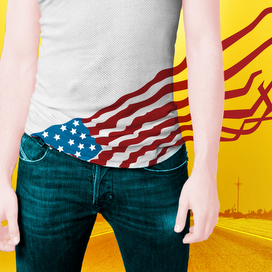