A brilliantly dark and compelling novel set in Venice from 'the medieval CJ Sansom' (Jeffery Deaver).

1358. Oswald de Lacy, Lord Somershill, is in Venice, awaiting a pilgrim galley to the Holy Land. While the city is under siege from the Hungarians, Oswald lodges with an English merchant, and soon comes under the dangerous spell of the decadent and dazzling island state that sits on the hinge of Europe, where East meets West. Oswald is trying to flee the chilling shadow of something in his past, but when he finds a dead man on the night of the carnival, he is dragged into a murder investigation that takes him deep into the intrigues of this mysterious, paranoid city. Coming up against the feared Signori di Notte, the secret police, Oswald learns that he is not the only one with something to hide. Everybody is watching somebody else, and nobody in Venice is what he or she seems. The masks are not just for the carnival

Melissa Pimentel manages the translation rights for City of Masks

Sykes’s gamble in putting Oswald in unfamiliar terrain pays off, as she again blends a detailed immersion in the time period with a clever mystery plot line.

We are plunged into Sykes’ rich soup of Venetian intrigue (where even a casual trip to Piazza San Marco can result in imprisonment in the Doge’s Palace), period detail, and increasingly intricate plotting, all with the deeply realized character of Lord Somershill fighting his own demons while investigating. A brilliant addition to the Somershill Manor novels.

This third series outing offers further insights into Lord Somershill and the past that bedevils him, along with sophisticated plotting, intrigue, and immersion in a fascinating historical setting. 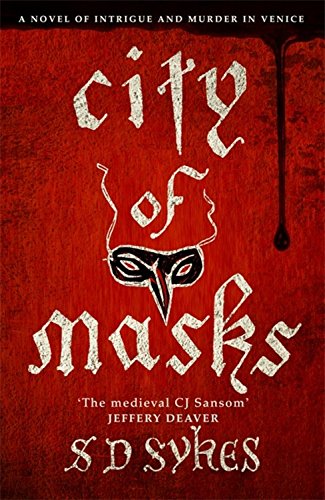