It's 1361 and Plague has returned to England. In an attempt to flee the approaching danger, Oswald de Lacy escorts his family from their estate of Somershill in Kent, to a remote island castle situated in the tidal mud flats of Romney Marsh. It seems the de Lacys have kept one step ahead of the contagion, but soon they discover that this castle is no safe haven from death.

As a murderer strikes, they find themselves trapped in this lonely outpost with a killer - somebody who must be one of their fellow guests. But who? Each of the other guests is a fugitive from the Plague. But each has a secret to hide, and each has a reason to kill. The body count rises, but nobody can leave. Plague has now reached the marsh and is surrounding the castle.

Cut off from the mainland and encircled by the horrors of the pestilence, Oswald is in the fight of his life. Protect his family and find the killer in the midst of this small and poisonous community, or leave and risk falling prey to the Plague.

Melissa Pimentel manages the translation rights for The Bone Fire

[An] excellent piece of storytelling... The hectic plot cover everything from contested inheritances to the religious upheavals of the period, keeping the history from deteriorating into mere background. But the plague's at the center of the story, and Sykes gives it a life and character of its own - swift, remorseless and deadly.

Sykes’ fourth is anchored in a grimly evocative first-person narrative reminiscent of Poe, and there’s a whodunit to boot.

The setting is fantastic... builds to a satisfyingly twisty climax.

Savour the company of young Oswald de Lacy, among the most appealing historical sleuths currently on the hunt.

Chilling and evocative. This book will have you gripped from the first page to the last.

An intriguing and vivid addition to an increasingly interesting series, and a fascinating glimpse of an almost forgotten period of history.

Sykes effectively uses her diligent research in the service of a memorable plot. This outing reinforces her place in the historical mystery genre’s top ranks.

If you love C.J. Sansom, you have to read S.D. Sykes. Her Oswald de Lacy series just gets better and better. The Bone Fire is a wonderfully claustrophobic and compelling mystery, filled with clever twists, fascinating characters and flashes of Sykes’s sly wit. Utterly immersive, utterly gripping historical crime at its very, very best. 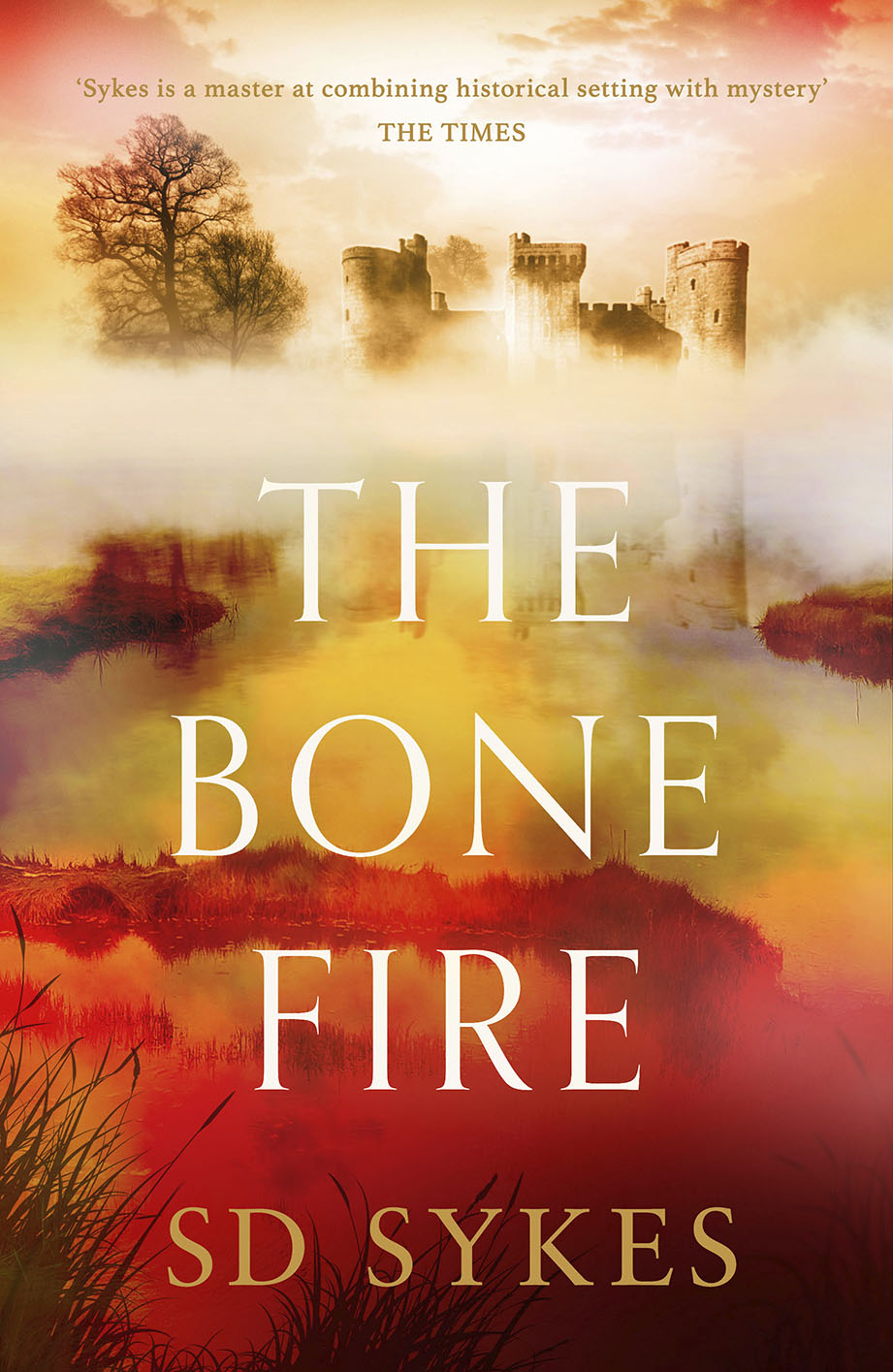