Brought up in a violent Muslim household, where family honour is all, Saira is watched 24 hours a day.

However, an innocent friendship with a boy is uncovered and Saira is sent to Pakistan, punished for dishonouring her family.

There, the nightmare really begins. Forced to marry an older stranger who rapes her repeatedly and makes her his round-the-clock sex slave, she eventually plots her escape but, destitute, has to return to the family home in England. Once there, she discovers that one of her brothers has run up huge drug debts and Saira must earn money in the only way she can: by selling her body.

Disgraced is the true story of an innocence ruined and a life shattered. But it is also a tale of survival told by a woman who has finally discovered her true voice. 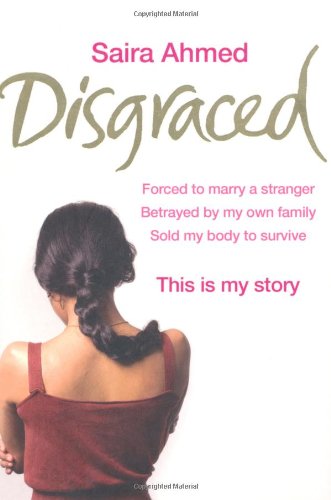