View PDF
theatre
Role Zia
Director Thea Sharrock
National Theatre
Mike Bartlett's 13 begins with a group of character across London all waking up from an identical, terrifying dream and follows them through an epic, contemporary narrative that takes in the Prime Minister and a Messiah figure.

Shane plays Zia, a post-graduate student with an expert knowledge in quantum physics and advanced mathematics.

13 was staged in the National’s Olivier Theatre and is described as an epic new play set in a dark and magical landscape where ominous visions intersect with a stark and urgent political reality. 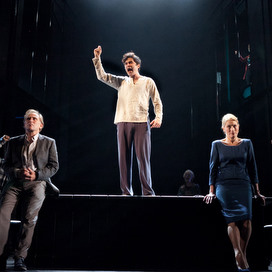