In the run-up to the 1998 World Cup, the 11 part series profiled 13 of the qualifying countries competing in France. The 12-week meander through the countries with serious World Cup credentials began in the host country: France.

From here the expert team of presenters including Simon O’Brien took fans through Spain, Germany, Brazil and beyond. The centrepiece of each programme was a domestic match from each featured country, which was punctuated by reports, features and facts such as the popular 10-step guide to getting a ticket!
Media
Reviews
A 12-week dribble through the countries with serious World Cup credentials which started, naturally enough, in France itself. Greg Wood
The Independent 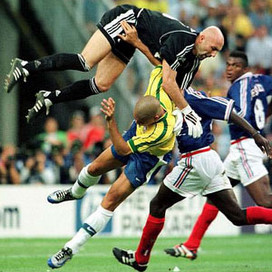