Can you stand the heat?

When Harry Hodson disappears into the Brazilian rainforest, his brother Charles sets off to help in the search. Charles, an investigative journalist accustomed to digging for the truth, does not find Harry but instead uncovers evidence that a Brazilian mining company may be implicated in his disappearance. Charles suspects that the existence of a large deposit of falconite—which could be the magic bullet in the battle against global warming—may be at the center of this mystery.

Charles' quest for answers takes him to Europe, the Netherlands, the Falkland Islands and, finally, Antarctica. What began as a personal mission turns into a winding journey with immense geo-political consequences as nations compete to grab what could be the most valuable mineral deposit in the world.

A race for the South Pole leads Charles to personal and professional crisis and leaves him fighting for his life amid the icy crevasses of the world's end.

Liz Dennis manages the translation rights for The Warming 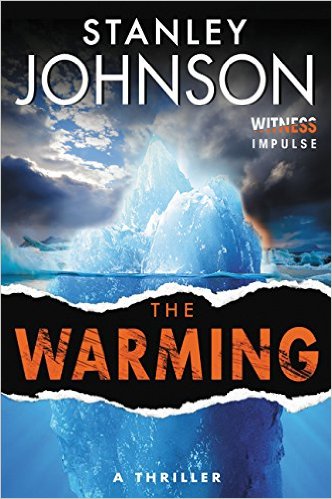