Money and Football: A Soccernomics Guide

Modern football is big business. From the ill received takeover of Manchester United by the Glazer family to Paris Saint Germain's current shopping spree for the best players on the planet, football finance has become an increasingly important part of the game. Barely a summer goes by now without a cherished club going into administration or a wealthy businessman funding a mid table team's ascension to Champions League competitor. Meanwhile, the twice annual multimillion pound merrygoround of transfer season sees players (and now managers) signed for sums thought impossible just a decade ago. Understanding football finance has become essential for comprehending the beautiful game. But for many fans, football finance remains, frustratingly, a world that is opaque and difficult to grasp.

Stefan Szymanski, coauthor of the bestselling Soccernomics, tackles every football fan's burning questions in Money and Football: A Soccernomics Guide. From the abolition of the maximum wage in the 1960s, through to the impact of TV money both at home and abroad in the 1990s and 2000s, Szymanski explains how money, or lack of, affects your favourite club. Drawing on extensive research into financial records dating back to the 1970s, Szymanski provides clear analysis of the way that clubs have transformed in the modern era. Szymanski, a renowned expert on sports management and economics, looks at what we can learn from comparing the ascension of Europe's biggest clubs to their lofty perches and with new financial models across the world. Through careful research and informative stories drawn from around the globe, Szymanski provides an accessible guide to the world of football finance.

Melissa Pimentel manages the translation rights for Money and Football: A Soccernomics Guide

I regard Stefan Szymanski as a trusted and smart thinker on the soccer business. This is fast-moving industry, and he's one of the best guides to it.

The book illustrates why football continues to be the world’s most popular participant and spectator sport attracting the world’s richest men and armies of devoted followers.

I look forward to reading anything Stefan Szymanski writes, and this book delivers.

Stefan Szymanski tackles every soccer fan’s most burning questions with clarity and fun and pure brilliance.

For anyone interested in how football really works, both its central argument and many subsidiary ones make Money and Football powerful and entertaining. 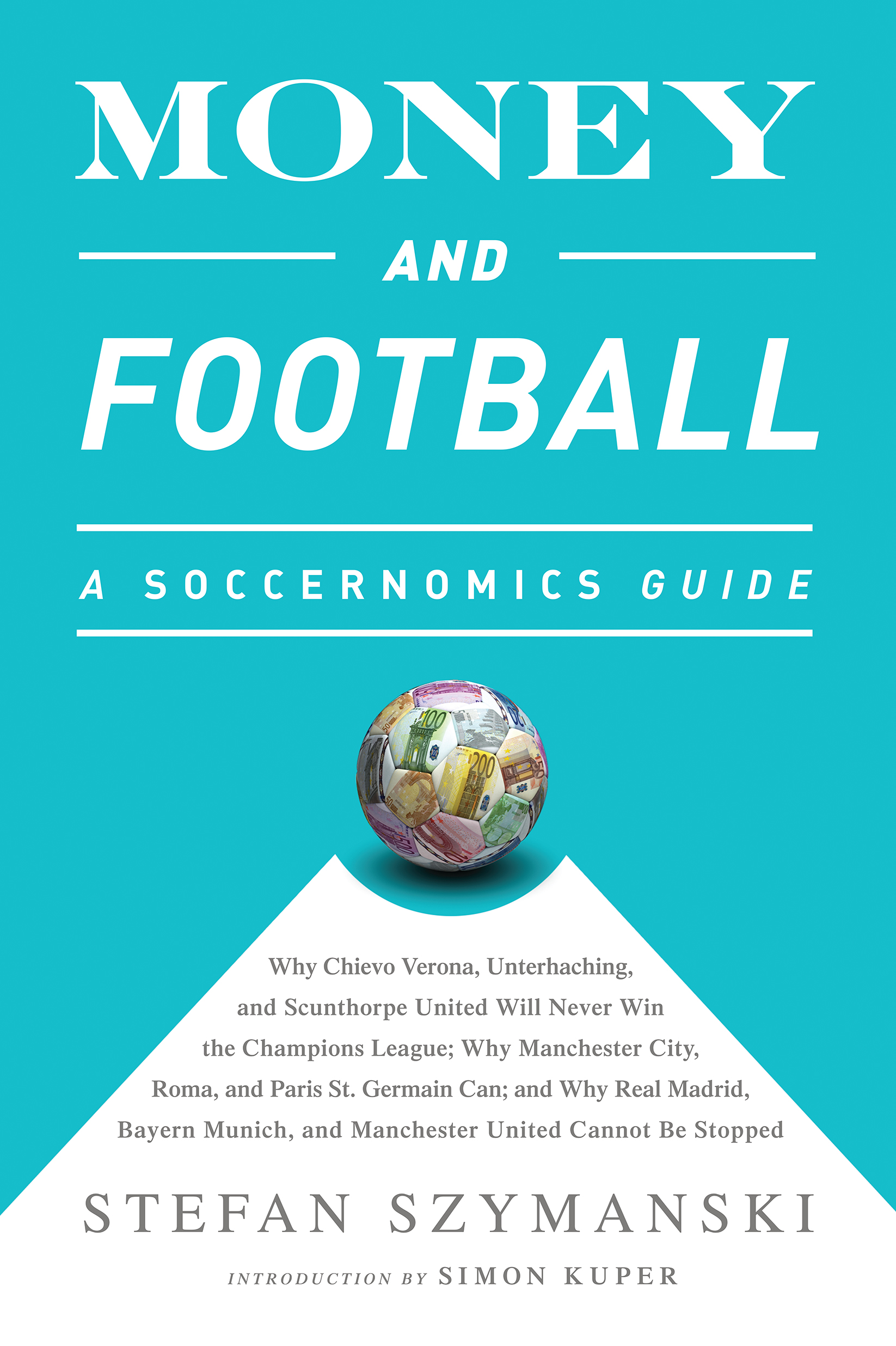