A Woman's Life in the Underworld

Arlyne Weiss grew up on Manhattan's Lower East Side, the daughter of a Jewish mobster who ran an auto sales business as a front. In 1947, aged 14, she made the decision to emulate her heroine, Bugsy Siegel's girlfriend Virginia Hill, and become a gangster's moll.

Her teen years were a carnival of sexual promiscuity, forgiven by her doting father but vociferously condemned by her critical mother. Arlyne considered Jewish mobsters too businesslike and tame; she preferred Italians, whom she found dangerous and hence exciting. Briefly married to small-time swindler Norman Brickman (whose last name she retained), she had a daughter who became a drug addict and died of AIDS in 1989.

After 25 years in the criminal underworld, Arlyne became first an occasional and then, in 1975, a full-time police informant; she was a major witness in the government's successful case against the Colombo crime family. Carpenter, who won a Pulitzer for her crime reporting at New York's Village Voice, expertly recounts Arlyne's anomalous tale.

Makeready is set to produce a film adaptation with Jennifer Lawrence to star as Arlyne Brickman, and Paolo Sorrentino to direct. Angelina Burnett (Halt and Catch Fire, The Americans) has written the script. 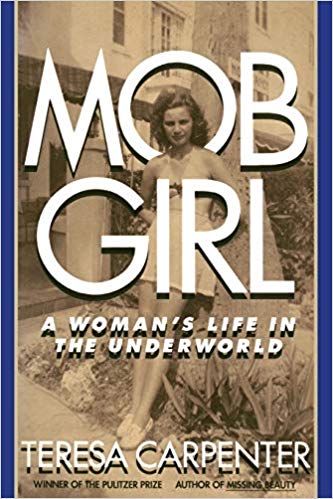