Thekla plays Gina, a lawyer who visits Harry seeking help in finding a crucial, but missing, alibi witness for her client. Gina's motives are mysterious and unclear as she re-introduces Harry to aspects of a criminal past he would rather forget.

Hidden was broadcast on BBC1 in October 2011.
Media
Reviews
Terribly exciting. Less pretentious than Page Eight and more ambitious than Spooks, Hidden nailed the intelligent, pacy TV thriller. Josephine Moulds
The Telegraph
A class act with plenty of aces up its sleeve. Adam Sweeting
The Arts Desk
Drama with a capital D. Stuart Heritage
The Guardian
The presence of Thekla Reuten of In Bruges adds a touch of Euro enigma. Keith Watson
Metro 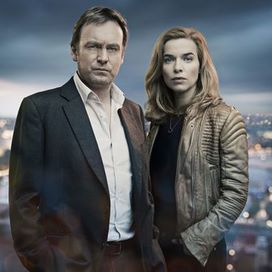