The Reichenbach Fall, sees the return of Sherlock's arch nemesis James Moriarty, who has a plan for the crime of the century. Sherlock must fight for his reputation, his sanity and his life.
Media
Reviews
Sherlock series two finale is every bit as good as you're hoping - smart, shocking and very moving!
Digital Spy
The Reichenbach Fall is a rollercoaster ride full of twists and turns, genuine shocks and a killer final scene.
Cultfix
"director Toby Haynes...skill is shown in having balanced the big noise of The Reichenbach Fall’s action sequences without suffocating its quiet, contemplative moments" Louisa Mellor
Den of Geek
"This detective story so transcended its genre, it should be considered alongside British TV drama’s highest achievements." Andrew Billen
The Times
"Shot with a sophisticated cinematic sheen by director Toby Haynes, their roof-top face-off was simply stunning," Chris Tilly
IGN UK 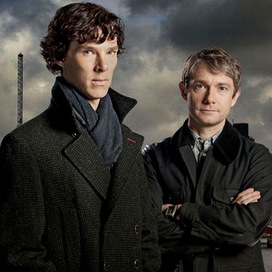