Children of Blood and Bone

But everything changed the night magic disappeared. Under the orders of a ruthless king, maji were targeted and killed, leaving Zélie without a mother and her people without hope.​
Now, Zélie has one chance to bring back magic and strike against the monarchy. With the help of a rogue princess, Zélie must outwit and outrun the crown prince, who is hell-bent on eradicating magic for good.

Danger lurks in Orïsha, where snow leoponaires prowl and vengeful spirits wait in the waters. Yet the greatest danger may be Zélie herself as she struggles to control her powers—and her growing feelings for an enemy.

Adeyemi’s expansive debut plunges readers in the midst of a dense, vivid world full of intriguing politics, evocative magic, and brutal violence. Cinematic pacing, alternating viewpoints, and well-choreographed action make the pages fly toward the cliff-hanger ending, which will surely leave readers eager for the next installment.

Powerful, captivating, and raw—Adeyemi is a talent to watch. Exceptional.

Full of cinematic action sequences and creatures worthy of Star Wars, it storms the boundaries of the imagination. Yet it also confronts the conscience. Adeyemi’s brutally depicted war between the noble, lighter-skinned kosidans and the enslaved, darker-skinned majis poses thought-provoking questions about race, class and authority that hold up a warning mirror to our sharply divided society.

Slyly political and astonishingly imaginative, this is a phenomenon in the making, literally.

Tomi Adeyemi's hefty fantasy debut is an astounding feat of storytelling and world-building.

It has been a long time since something has captivated me as much as Children of Blood and Bone. Orisha is such a finely-crafted world, totally visible in my mind's eye. Adeyemi is truly a master of words; her writing is poetic without being overly flowery and is just a delight to read.

Adeyemi taps into a rich imaginative lineage as she weaves West African mythology into a bespoke world that resonates with our own.

Believe the hype. This is a wholly original work that's more compelling that anything I've read in years.

Tomi Adeyemi's Children of Blood and Bone was the fantasy novel of 2018—and it didn’t disappoint.

A violent, enthralling story about family, love and the fight for freedom [...] you’ll never want it to end.

A completely enthralling debut novel, and a prescient clarion call for the resistance to blind authority and the oppression of freedoms. Adeyemi conjures up the rich and complex world of Orïsha with unusually lucid language and writing that’s unwavering in its imagery. The burgeoning friendship between main characters, Amari and Zélie, lifts the novel to unexpected heights, and will stick long in the mind of any reader. 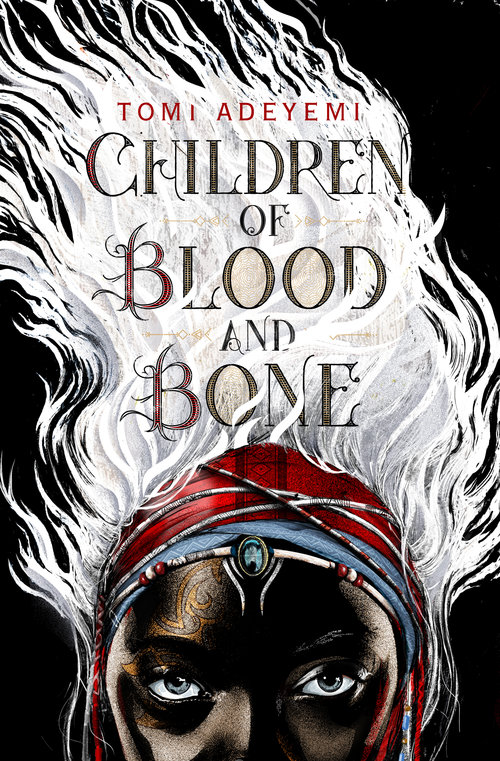