Born of Woman moves between two worlds – the making of a bestseller by a London publisher and the mysterious attraction of a house in the Northumbrian wilds. These two are fused by the strangely compelling Hester whose diaries are published to immediate acclaim (bringing fame and disaster in equal proportions) and who haunts both house and novel with her posthumous power and presence.
Hester is linked to all the other characters in the book: mother to Lyn, the failed artist full of fears who hates his girlish name; past nanny to Matthew who publishes her diaries and finally flees the country in ruin and disgrace; mother-in-law to Jennifer who longs for a child and achieves ‘motherhood’ through the frothy and irrepressible Susie, herself linked with Hester in that both bear bastard babies in their teens.
Born of Woman is full of contrast and surprise, setting the frenetic sham of the media world against the brutal splendours of nature, exploding the settled tie of marriage with the squalls of lesbian love, and juxtaposing casual, even violent sex with the sacred power to create life.
A book is born, a child is born. One brings riches and retribution, the other becomes a ‘saviour’ – the strange symbolic love-child born on Christmas Day who resolves the conflicts of this dramatic saga as it sweeps unforgettably to its moving and ingenious climax.
‘What is important about the book is the power of the writing, sometimes erotic, always vivid.’ Sunday Telegraph
Rights 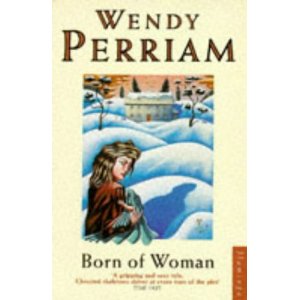