I'm on the Train!: and Other Stories

Who hasn't winced as some phone-pest embarks on a maddeningly public conversation? But, in Perriam's title-story, the timidly conformist Stephen does rather more than wince. Overcoming a lifetime of restraint, he leaps to his feet on a crowded commuter-train and throttles the offender. Or does he?

The hair's-breadth line between reality and flights of fancy is a feature of these stories - as in much of Perriam's work - the power of the imagination providing a highly effective antidote to grief, loss or frustration. Whether it's Carole, the office dogsbody, finding self-esteem and status through her congress with an Archangel, or Connie, an octogenarian spinster, reliving her aborted wedding day by passionately kissing the visiting plumber, Perriam's characters transform their lives in unexpected ways.

Yet, amidst such shocks and surprises are quieter moments of grace: true heavenly grace descending on an atheist in Westminster Cathedral; grace granted to a grieving daughter at a distinctly offbeat funeral; grace surprising an eighteen-year-old, who, after years of rebellion against her parents, is forced to recognize the blessings and securities of home.

"I'm on the train!" brilliantly chronicles the dramas and dilemmas inherent in our human condition, in another outstanding collection from one of Britain's leading short-story writers. 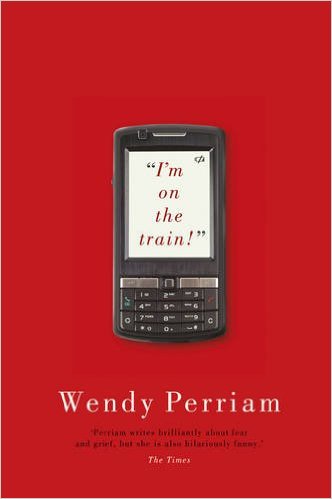